Please note that Orrville Union Depot will be closed through the end of September 2022 in order for us to do a bit of renovating. Please be sure to visit us when we reopen for October. 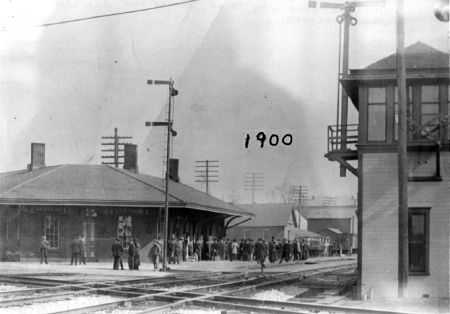 Orrville was originally founded as a fuel and water stop on the Ohio & Pennsylvania Railroad as it built west from Allegheny City (now part of Pittsburgh) to Crestline, Ohio. The railroad was merged into the Pittsburgh, Fort Wayne & Chicago Railway, and then into the Pennsylvania Railroad (PRR). Around 1852, the Cleveland, Akron & Columbus Railroad also came through Orrville. It became part of the Pittsburgh, Fort Wayne & Chicago (PFW&C), which in turn became a part of the PRR in 1869.

The Orrville Union Station was built by the PRR at the junction of the PFW&C and the CA&C in 1868. It replaced the original depot, located at Main Street, which was destroyed by fire. The junction was a busy transfer point with freight and passengers being transferred between the two railroads. In 1899, PRR bought the CA&C and Orrville became a terminal. The CA&C had terminal with a yard and roundhouse in Orrville.

The depot had served passengers for 100 years before the PRR, by then merged into the Penn Central, ended passenger service to the city. The station became a maintenance building until the early 1980's when it was no longer needed and was to be demolished. The Orrville Railroad Heritage Committee, now ORHS, moved in and purchased the building, along with the interlocking tower across the tracks.

One of the first projects was the removal of temporary office space that was built inside the waiting room. A false ceiling was installed to prevent soot, built up from over a century of coal heating, from falling on those in the building. The floor in the main waiting room was replaced with a spruce floor. The interior oak doors are from the Orr Theater in Orrville and the passenger benches are original to the station.

Metal grills built by Wayne County Career Center students were placed on the windows and an iron railing has been installed along the Norfolk Southern mainline.

The roof overhangs were replaced in 1984 to restore the building to its original appearance.

Many long hours of hard work went into the renovation of the station and society members continue to maintain the structures. It is the headquarters of ORHS, serves as its meeting place, and has a full gift shop and excursion ticket office. 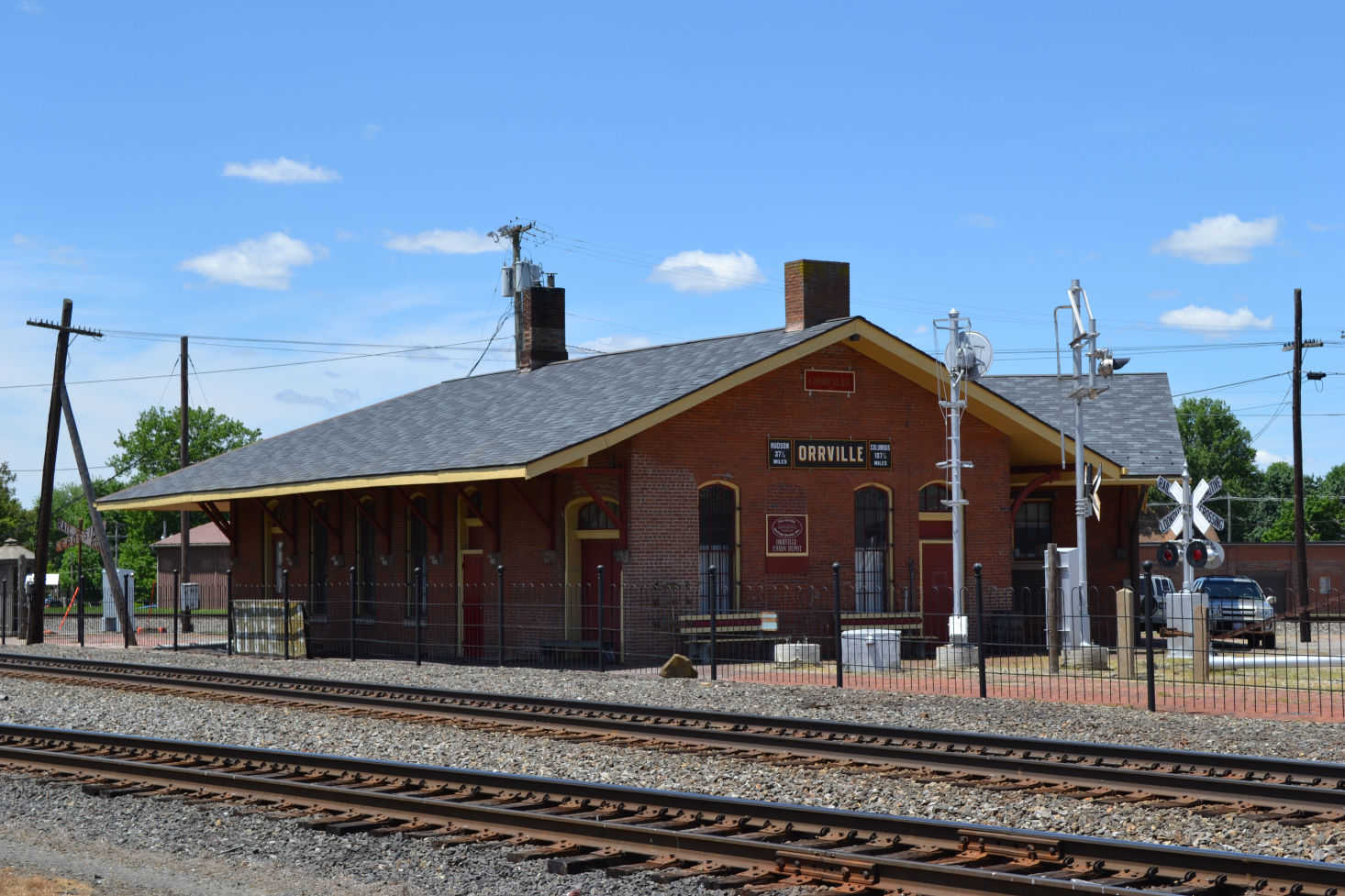 ORHS was honored to have its former Pennsylvania Railroad 1868 depot and PRR Orrville signal tower listed on the National Register of Historic Places, as part of the Orrville Downtown Historic District.

The depot museum is open during ORHS events and by appointment.